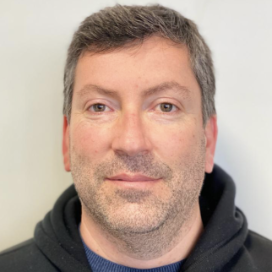 One of the technologies that, together with AI, that can be equally disruptive is augmented reality (AR).

AR potentially provides citizens with new senses. New synthetic elements that, superimposed on what their own senses capture from the environment of their city, can provide citizens with a new vision and perception of their city, its services, and their way of interacting with them. This is totally possible today with mobile devices and it will be improved in short with a new range of specific devices (such as smart glasses).

If these possibilities are interesting for each and every one of the citizens, they are even more for those of greater age or functional diversity. In these cases, the information perceived by wearable sensors or by other sensors in the city's own infrastructure can, after being properly processed by AI models (machine and deep learning), offer additional vital information for the total independence of these citizens and their interaction and life in the city environment.

The role of a careful design of AI models, based on the latest possibilities of deep learning, is essential so that the great information captured is converted into elements with meaning. Information from sensors and other sources must be processed to extract meaning, in what we call a semantic layer. This semantic layer, based on AI, can extract relevant information based on the user's profile and its possible functional diversity, and being offered in the most convenient way, either visually using traditional AR, or through natural language using the latest NLP techniques.

In the keynote, the current state of the art of these technologies will be detailed and the importance of the latest techniques in AI, AR, and the great synergy produced in their combination in the context of a smart city will be highlighted. And, especially, advantages of the proposed solution will be focused as an element that allows a greater degree of independence of any type of citizen, and allowing a new unprecedented way of living in a more and more complex city, no matter the citizen’s profile.

Leader of the research group VertexLit focused on Human-Centered AI, and Human-Computer Interaction (VR/AR/XR), that belongs to the Valencian Research Institute for Artificial Intelligence VRAIN

Associate Professor in Universitat Politècnica de València Campus of Alcoi, where his main research and teaching activity is focused on interactive technologies, VR/AR and Artificial Intelligence.